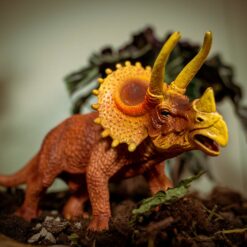 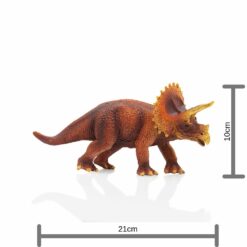 Triceratops is one of the most well-known dinosaurs. It lived in the late cretaceous period, about 68-66 million years ago. It is easily recognizable with its three horns, which it may have used to defend itself from other dinosaurs or simply to show off and attract a mate.

Triceraptos could be up to 9 meters long and weigh up to 12 tons. It ate mostly plants on or close to the ground, and its teeth were made for chewing. It actually replenished its teeth throughout its life, as the old teeth got worn down.

The first remains that was found of the triceraptos consisted only of a few horns that were attached to parts of a skull. The American paleontologist Othniel Charles Marsh (1831-1899) believed thatthe horns belonged to an unusually large bison, until he later discovered that he had found a new dinosaur species. 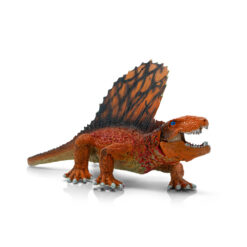