Children all over the world are making slime at home. Parents may despair when the shaving cream is empty and the floor sticky. But we should also be grateful for this viral trend because there’s a lot to learn from slime. This article tells you how slime can be educational.

The ancient Egyptians made paint and cosmetics without knowing about chemistry. Neither did the Vikings when they water- and wind-proofed their woollen sails. Instead, they had to use a process of trial and error to develop a method that produced the desired effect.

Children work similarly to the Egyptians and Vikings when they mix anything from cornflour to face masks and toothpaste to make slime. And this is where the learning opportunities arise. We’ve been making slime at Scientist Factory since 2002, way before it was cool, because we understood just how much there is to learn from it.

The chemistry of slime

Like everything else, slime is made of atoms and molecules. The funny consistency of slime makes it especially fun to use it to imagine these small and invisible parts that make slime slimy.

Spaghetti is a helpful metaphor to understand the molecular properties of slime. Many types of slime are made out of long, thread-shaped molecules that act like freshly boiled spaghetti. The spaghetti acts like a sticky fluid as you pour it out of the pot. But if you let it sit in on the counter, the threads will gradually stick together. If you let it sit for a long time, the spaghetti becomes one big, jelly-like ball because the pasta threads become glued together. The changing consistency of slime is due to a similar process. If the molecule threads are loosely bound together, the slime pours quickly. If the threads are entwined and glued together, the slime flows slowly. They can even form a solid jelly if they become tightly wound together.

To imagine these chemical reactions on the molecular level gives the brain a proper workout. At the same time, the brain also learns that everything around us is made of atoms and molecules. As a test case, let’s look at the popular slime made of glue.

The glue has to contain PVA molecules to make successful slime. PVA means polyvinyl alcohol. Practice saying this difficult word together and discuss what it might mean. “Poly” means many, which tells us that PVA consists of many vinyl alcohol molecules in long threads.

Search for PVA online to find an image of the molecule’s structure. Our Molecule Model lets you build your own PVA model. It’s easy to build because it is made of only hydrogen, carbon, and oxygen atoms.

The threads have to tangle up for the glue to become slime. You need baking soda and contact lens solution with boric acid to make this happen. A chemical reaction occurs when boric acid and baking soda come into contact. The boric acid turns into the vital ingredient: borax. Borax can bind to two threads of PVA at the same time. Mix everything and stir. You’ll see that the slime thickens because more and more PVA strands attach to the borax.

Another popular slime recipe uses cornflour and water. Starch is the crucial ingredient. These molecules resemble threads, and the right amount of water will turn cornflour into a liquid with exciting attributes. It will behave like quicksand. If you stir slowly, the cornflour slime becomes soft and shapable. However, it turns solid if you stir quickly or punch it. It might sound simple, but there’s plenty of learning in experiencing the difference between solids and liquids.

You can also try to whip liquids into slimy foam. This provides a great occasion to think about what happens when we beat something. Why does it turn into foam? What makes the liquid light and soft? The answer is air. Air is made of gases we can’t see. But we can feel them if we wave our hands through the air or if the wind blows on our skin.

Whipping something can also cause chemical reactions, for example, when cream becomes whipped cream. The cream is a viscous liquid, pretty slimy if you think about it. The whipping adds air to the cream. At the same time, the long and thread-shaped dairy protein molecules have been destroyed and tangled together.

You can make foamy slime by whipping soap and water. The consistency is almost like shaving cream.

The biology of slime

Many children are surprised when you tell them that the human body can’t function without mucous. We make 1 litre of snot every day. Nasal hair and snot prevent bacteria, viruses, pollen and dust from entering the lungs. We also have mucous membranes in our mouths, the lungs, throat, stomach and intestines. Slime also keeps our skin hydrated and protects against infections. We can’t live without slime.

Many animals have mucous membranes, both inside and outside their bodies. The slime protects against bacteria and fungi. It can also be necessary for movement, for example, for snails. As much as 10% of snail slime consists of thread-like molecules, making the slime very sticky and preventing the snail from falling from things. Snail slime also functions as a lubricant that allows the snail to glide forwards.

The mathematics of slime

Children who make slime will practice mathematics because they need to track the quantities of every ingredient. It would be very annoying to hold a fantastic slime between your hands without knowing how to recreate it. To keep this from happening, you have to measure and count. 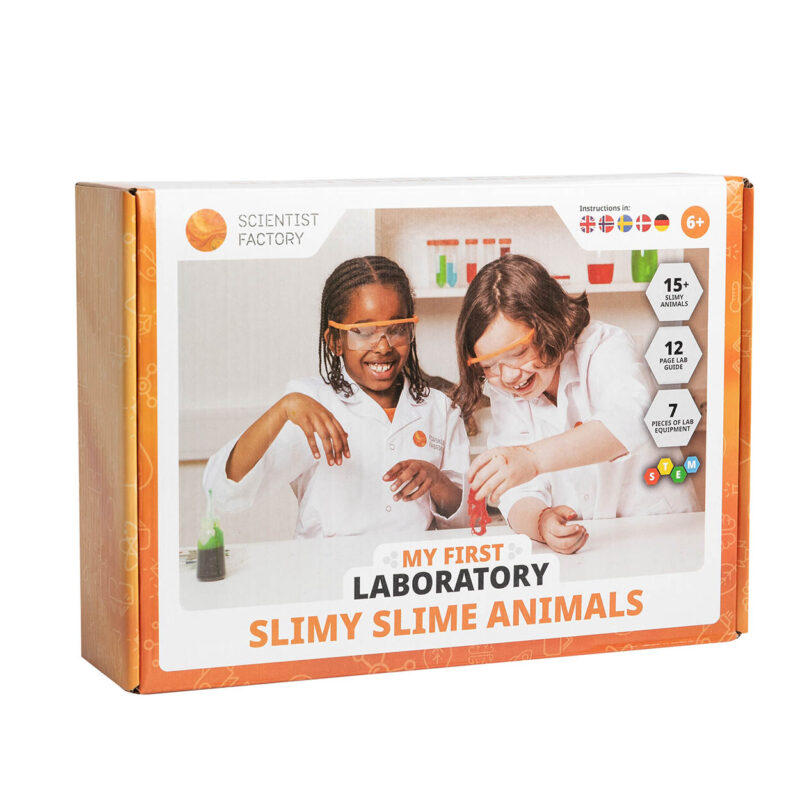